GO 4 IT Driving School is owned and run by Simon Lee. 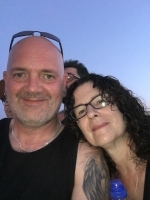 Simon is a Grade A driving & vehicle standards agency (dvsa) approved driving instructor with over 20 years experience and a member of the ADI National Joint Council. He is very proud of his 1st time pass rate which is one of the highest both locally and nationally.


Simon is married to Louise and has a son Lloyd and a daughter Carys. He has lived in Woodley all his life. 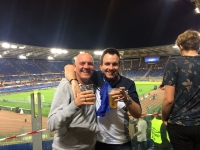 A life long Chelsea fan and has watched them both home and away including European away games. This photo is from a Champions League match at the Olympic stadium in Rome when Chelsea played Roma.


He is also a Season ticket holder at Wycombe Wanderers. 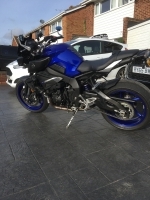 Simon has a passion for motorbikes and owns a Yamaha MT-10 which he rides on sunny days and on European tours. He also regularly goes to British Superbike races.

He loves listening to music and attending as many concerts and festivals as possible. A regular at The Reading Festival and often listens to Metallica, Guns n Roses, Pink Floyd, Rammstein, Manic Street Preachers and Biffy Clyro to name a few.

He can also be found walking his dogs Eddie and Grace. 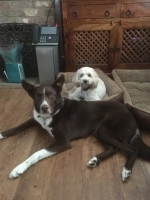 We have a fantastic 1st time pass rate

88%
Get driving with a Highly recommended driving instructor